Malta contains exciting projects regarding electronic music. We think about the small bombs from Hail Blk aka N.d who launched a vinyl label last year or about the more atmospheric Venetian Causeway label’s first release. The island counts confirmed producers as well, and our encounter of the day is part of this category.

Justin Meli aka Sonitus Eco released his first EP in 2011 on the local netlabel Pinkpube and he’s been distilling his hypnotic loops on other international catalogues since then, including ukranian and canadian labels Subself Records and Silent Season. Although the sound design of Sonitus Eco’s tracks bring us back in the foam off the maltese coast. His music appeals to big spaces and the pulses drift us on the spiritual slope of the dancefloor. Deep, in the organic sense.

Lay back, read our interview with Justin and listen to the mix he recorded for us. 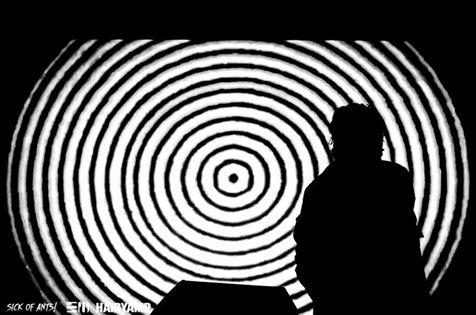 You have been introduced to electronic music through the first raves in Malta from the early/mid 90’s and, according to Discogs, your first record has been released in 2011. Did you take a moment to digest all this music and feelings before making your own craft?

Yes , I took quite a while. In Malta , being a small island, it wasn’t easy to get gear, knowledge about gear and music production. And high shipping prices didn’t make it easy. Also production became a way for me to express myself through music so, by 2011 I felt I was ready to start releasing something. I was involved with Pinkpube, running some events and exhibitions, so it was a natural place for me to release my first EP.

It seems like the techno scene has been pretty active in the last ten years in Malta. How have you seen things evolve?

In the early days of techno in Malta line ups where crazy and the attendance was really huge ; in the thousands, that for an island of 350k people is quite a lot. Then a lot of the bigger promotions started to attract a lot of mainstream house and trance djs and the crowd got split, leaving a few hundreds for the techno scene. There where already some small promotions which where organising a more underground, more obscure type of events, which some of them still organise events till this day. Still the downfall in attendance was pretty evident.

In the past 10 years though the resurgence of artists coming over, the surge of local producers putting out music in the international market and the respect towards underground techno music has quite risen. People are getting involved more and showing interest .We are also seeing a surge in events that are not necessarily parties or in a club, where electronic and techno music are appreciated and discussed more. Also in the last couple of years many of those events started making more efforts to raise their quality bar by including visual artists who program their visuals, commissioning work and performances. We are also seeing a shift in the mentality of people on how they look at electronic music.

This question might sound a little far-fetched but do you think it exists a certain form of connection between deep/hypnotic techno and the coastal landscapes? I mean, some of the best producers in Europe are living near the sea or on an island. The Northern Electronics collective is based in Stockohlm, Neel and Donato Dozzy on the Italian west coast, Ness is from Cagliaria in Sardinia, you’re living in Malta…

I think it does in a way, the certain type of lifestyle, more laid back than in huge cities, appreciating your surroundings can affect the music. Speaking for myself, the sea has a huge impact on my music. I spend most of my time -too much sometimes- fishing alone or with a couple of friends in desolate unreachable places where you are one with your surroundings. These places offer unique type of sounds like echoes from waves crashing. The silence in those places is also quite unique.

What is the best gig you have experienced in Malta?

I think it was back in 2011. We where running events under Pinkpube and we brought over Demdike Stare and I did a live performance before them. That was already quite memorable, but on the night local legend Brian James came over and asked if I would like to play live at his infamous Unfocused nights, which locally they are quite a legendary night. Playing for a jam packed Liquid Club (ed : THE club of the island regarding electronic music, regurarly hosting international acts), live, is always a pleasure tough.

Almost twenty maltese artists gathered on a compilation to generate funds for the victims of the earthquake in Nepal ; Malta has been receiving an important amount of refugees since 2011, would you say that the local artistic community feel also concerned about this phenomenon?

A small island sometimes brings along with it a reclusive mentality and a huge portion of the maltese population are afraid of those changings we are facing. That malta is small and one of the most densely populated places on earth is a fact, but still we need to do our part to help those people seeking refuge. The biggest part of the artistic community in Malta is quite open minded and agree with this. Like everywhere else, misinformation and ignorance breeds hate. Regarding music, we all know how beneficial multiculturalism is to music .

Well in 2016 finally my label with my mate Antoni will launch, it’s called Haar Records. I am also working to finish a new full length, a double album, with an ambient side and a techno side. Also I am working on a couple of new live acts and performances.